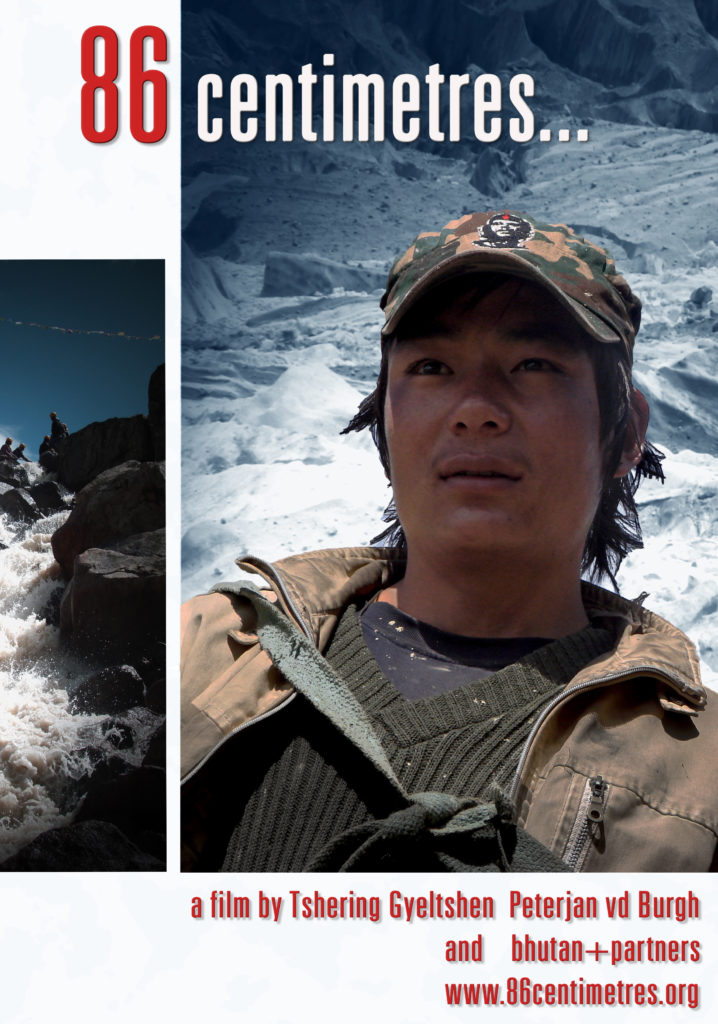 86centimetres… is a film about Bhutan facing the indisputable effects of global warming; melting ice is weakening the walls of the Himalayan glacial lakes. 350 men and women walked 9 days up to Lunana, high in the mountains, the home of gods and spirits. They put up camp for three months and manually dig an outlet to reduce the volume of the water level in the Thorthormi glacial lake and thus prevent the lake from bursting. Tashi, a 21 year old farmer, enrolls on the grueling expedition, determined to secure his unborn child’s future and to help prevent a terrible disaster.

Tshering Gyeltshen worked as a journalist with the national newspaper, Kuensel, before starring in several mainstream feature films, which were hugely successful. As a popular actor, he moved behind the camera, and then started making his own documentaries, with social themes around hearth and education. In 2005 he wrote and directed his first feature film “The Perfect Girl”- which won many prizes, and was both a commercial and critical success. Following the success of his debut feature, he wrote and directed two more feature films. He is currently developing his next feature film, as well as consulting with the National Film Commission as the key resource person to envision and develop a vibrant future for the Bhutanese film sector.