A SONG OF SILENCE 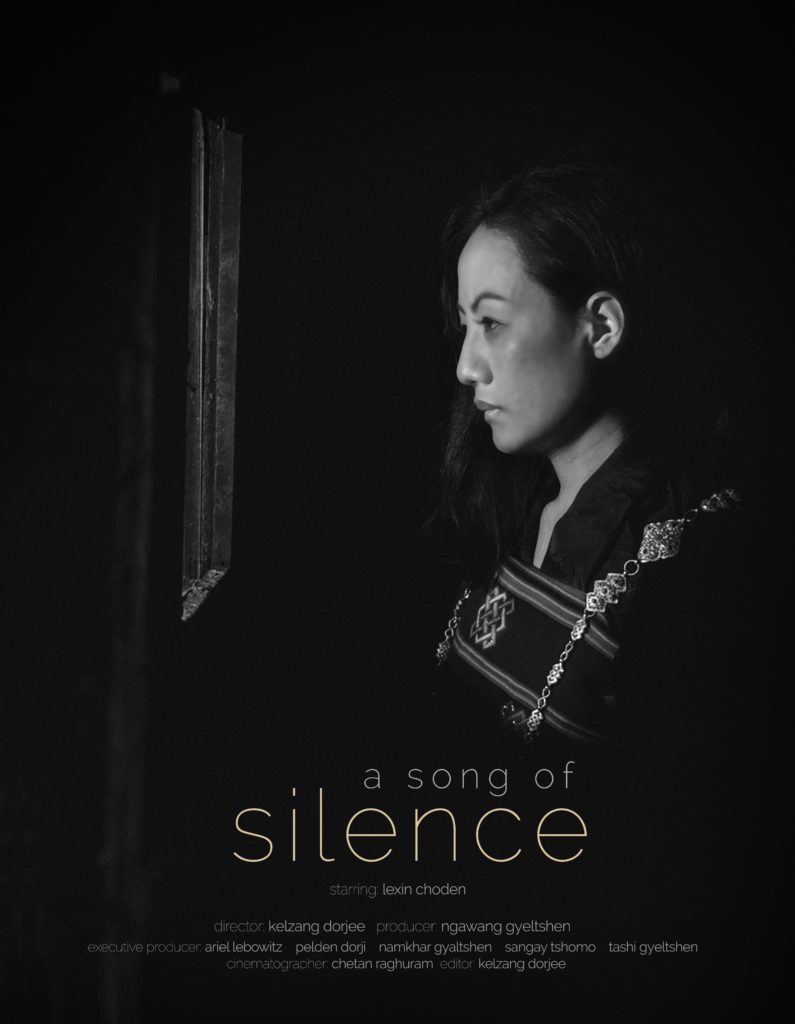 Winner of the “Golden Khadar” award for best short film at the Beskop Tshechu Film Festival 2016, “A Song of Silence” is a poetic film about a mute and deaf girl who travels through the four elements of nature in her quest to be able to hear.

Kelzang Dorjee made his first short film (Little Rockstar) in 2011, which won the “Silver Khadar” best short film award in the Beskop Tshechu 2011 festival. He works as cinematographer, editor and director on numerous commissioned projects as well as his own projects. He was also assistant director for the films The Red Phallus and Lunana: A Yak in the Classroom. He is currently developing a new short film.