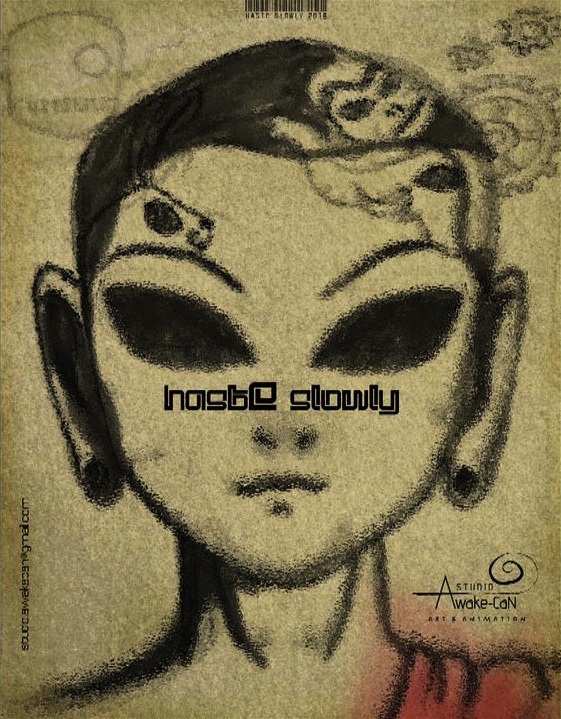 This animation shares a visual journey, adapted from the Shamatha Practice of meditation, or tranquil abiding (Tib. Zhi Gnas) which is often painted as a fresco of monastery walls, where an elephant is seen to be led by a monk, and later followed by a hare. A monk is also seen to be in pursuit. This short animation follows four characters through a mental chase that is resonant of sinking and scattering of their mind. The contemporary juxtaposition added to the ancient tale provokes the human mind to see the unseen.

Chand is an artist, illustrator and animator, and also a member of VAST Bhutan, the only contemporary art center in the country. In 2013 he co-founded the animation studio- Kewa Studio with a group of friends and animators. They produced the short Nowhere, which won the first prize in animaton in the Beskop Tshechu film festival 2013. Nowhere later screened in Sri, Lanka, Australia, and the Kurzfilmtage Winterthur in Switzerland. In 2015 Chand started a new animation studio- Studio Awake-can with childhood friend and animator Nima Dorji Tamang, where they produced Haste Slowly, which also won the Best Animation award at the Beskop Tshechu film festival 2016. Chand also directed the first 2D feature animation in Bhutan- Drukten, The Dragon’s Treasure. He also directed a 2D Animation TV mini series for RENEW organization on empowering women and children.