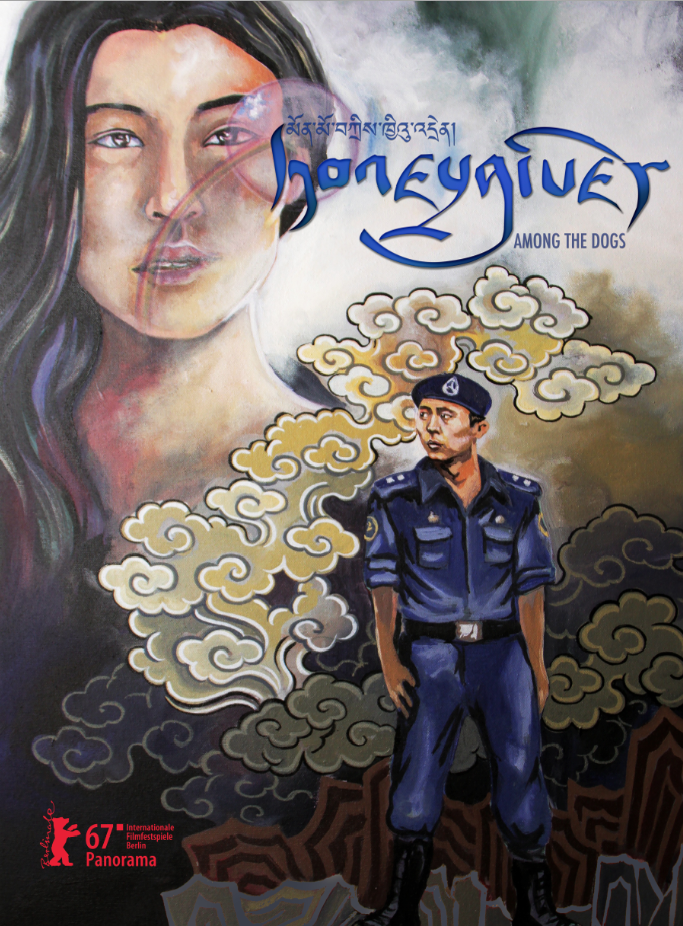 For Bhutanese who want to Rent the Domestic release version

In remote Bhutan, an undercover detective investigates the case of a missing Buddhist nun and falls into a risky alliance with his only suspect- an alluring young woman known as the village “demoness.” In this “Buddhist noir” film, a detective’s search for the “truth” unravels a web of magic, greed, compassion and dakinis (enlightened Buddhist women of great power and wisdom).

Honeygiver is the debut feature of Dechen Roder, one of the few female filmmakers from the kingdom of Bhutan. After winning the ACF post production grant, Honeygiver Among the Dogs had its world premiere a the Busan International Film Festival in 2016, and its European premiere at the Berlinale Film Festival (Panorama section). It screened in festivals all around the world, and also had a successful domestic release. Winning 3 Awards the Fribourg International Film festival, Honeygiver was also Bhutan’s first nomination in the Asia Pacific Screen Awards (in the UNESCO Cultural Diversity Category).