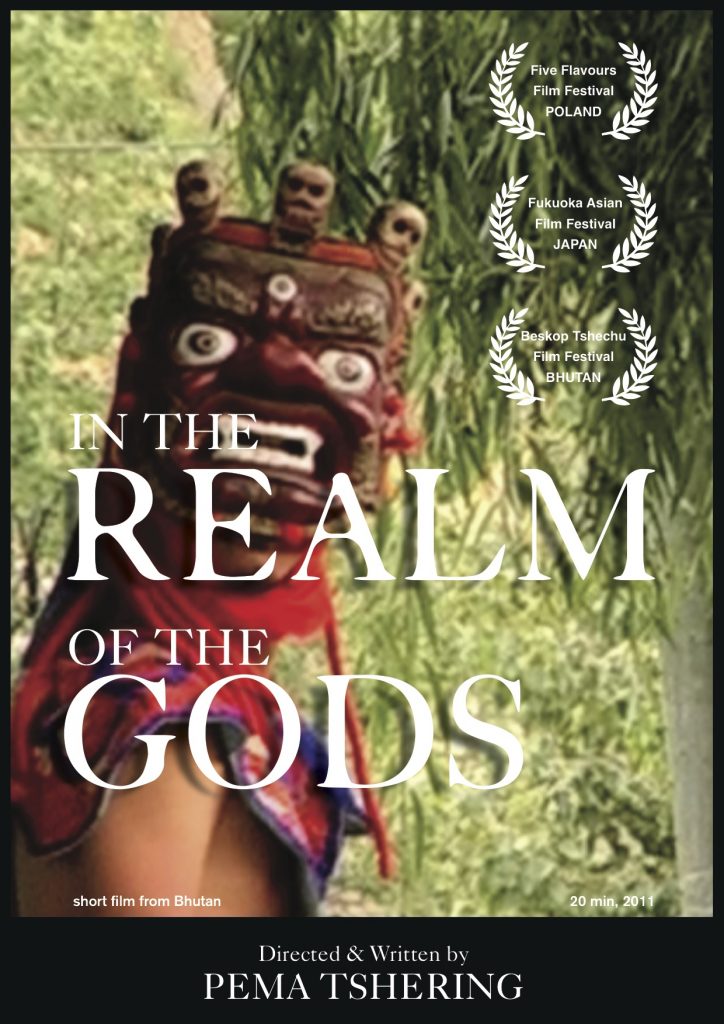 A young man works as ritual dancer for religious ceremonies and performances. Though his daughter is impressed with his skills and vocation, he struggles to make ends meet. He must come to terms with dancing like a god but living like a pauper.

Pema Tshering is an artist and filmmaker, and has written and directed two short films- Sound of Time and in the Realm of the Gods, both films have been exhibited at the Fukouka Asian Art Museum. Pema is developing the feature animation film- Jamyang and the World of Boddhisattvas, which he also presented as an invited participant at the Locarno Open Doors in 2018.
He also works an illustrator and artist, and had exhibitions in Bhutan, Japan, Thailand, Maldvives, New York, and Bangladesh. He recently had his first international solo exhibition titled “Wishful Refractions” in Tawian through the Tansbao Art Gallery.