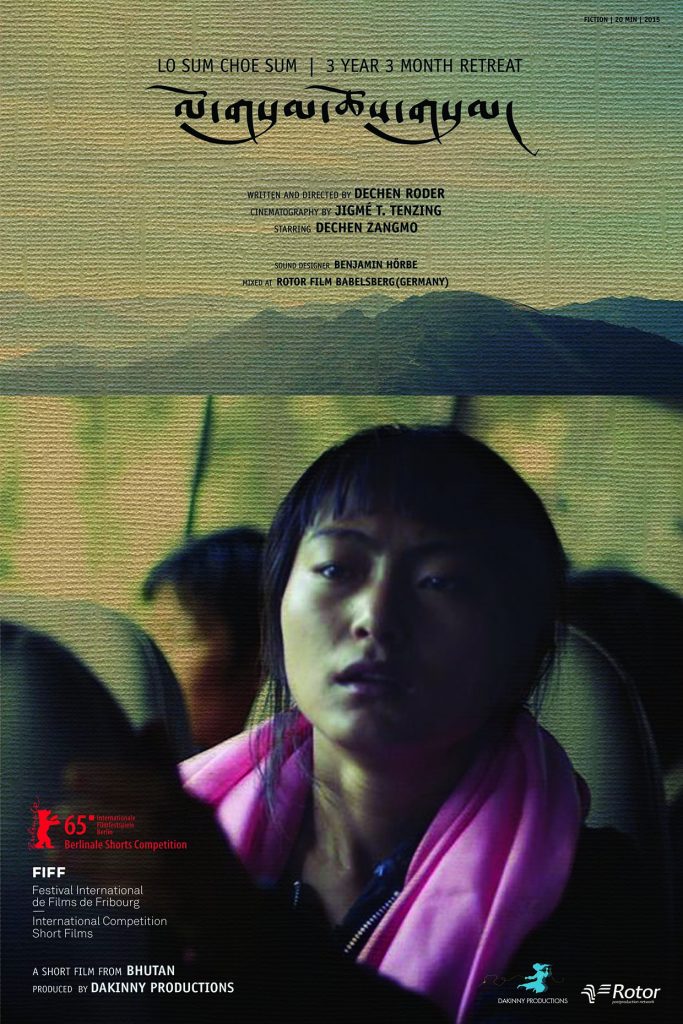 The traditional ‘3 Year 3 Month Retreat’ or ‘Lo Sum Choe Sum’ is practiced by Buddhist monks, nuns and other devout practitioners. 3 years, 3 months, and 3 days is calculated as the time needed to achieve a higher state of clarity and motivation. By cutting oneself off from the world, and delving into the inner mind, the retreat is supposed to transform the practitioner. Can Lhamo, a young, wounded girl facing the harsh gaze of the world, find her own form of retreat and redemption? Lo Sum Choe Sum was Bhutan’s first entry into the Berlinale Shorts Competition. It was made in 2015 by filmmaker Dechen Roder, who later produced and wrote and directed the well-acclaimed Honeygiver Among the Dogs.