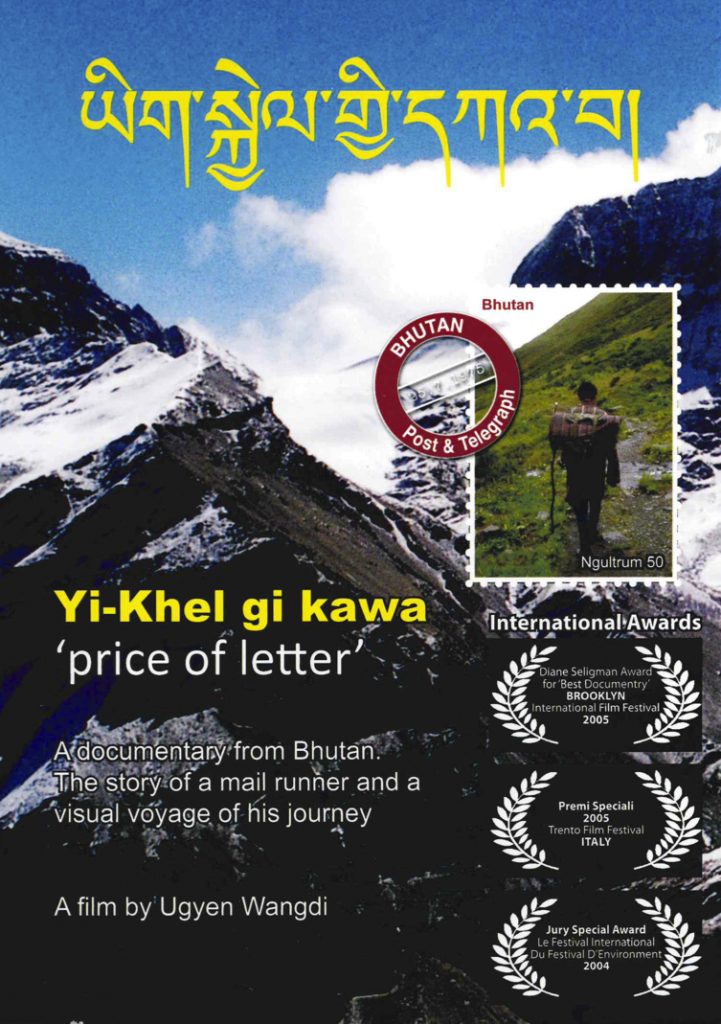 49 year old Ugyen Tenzin is the last postal runner of Bhutan. He has been working for the Post for 26 years ago. He must walk by foot, by himself, for about a week, through the mountains of Bhutan to deliver the mail to Lingshi, a high mountain village (at 12,000 ft). The documentary follows him and the treacherous albeit beautiful journey, in both the winter and summer seasons, and was shot over three years. A documentary by Bhutan’s last postal runner by Bhutan’s first filmmaker.