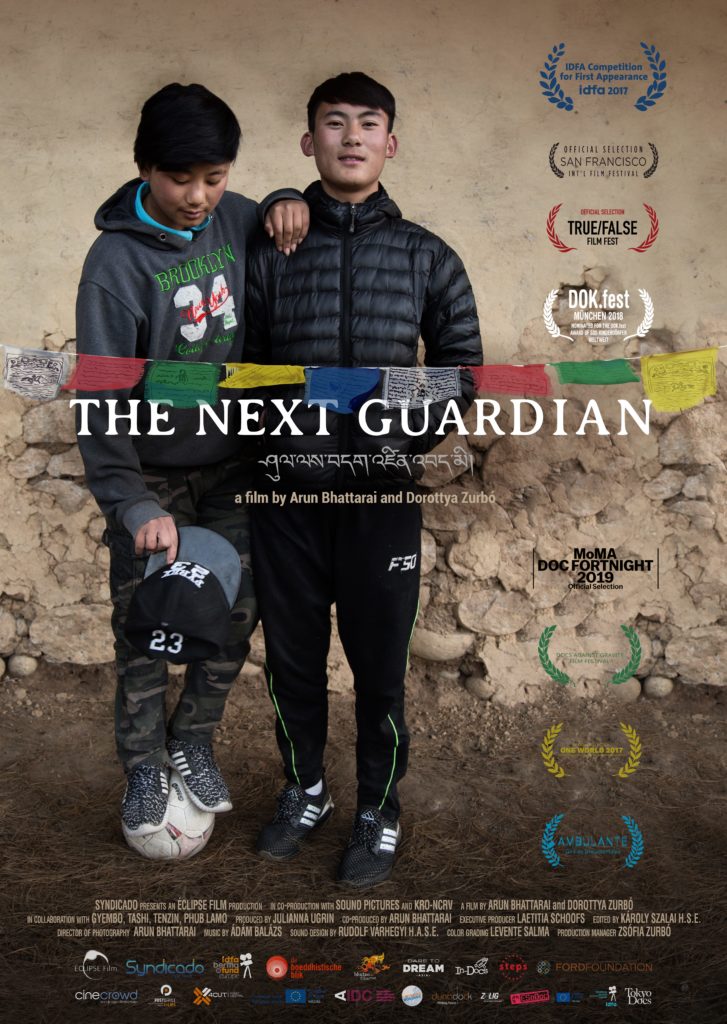 In a remote village in the Himalayan Kingdom of Bhutan, Gyembo (16) and Tashi (15) aimlessly roam while their father meticulously polishes the ancient relics inside the altar of their family monastery. This family has been taking care of the monastery from one generation to the next for thousands of years. Following tradition, the father wants his son Gyembo to carry on the family heritage but he has other desires just like his transgender sister. The film through bittersweet micro-situations takes us inside a Bhutanese family where the contrasting dreams of two generations are caught in a time clash.

Arun Bhattarai’s 1st feature-length documentary The Next Guardian premiered at IDFA – International Documentary Film Festival Amsterdam at the First Appearance Competition in 2017. Since then it has been screened at more than 40 international festivals (True/False, Ambulante, San Francisco IDFF, MoMA DocFortnight, Camerimage, Docs Against Gravity, DOK.fest.München etc.) had theatrical releases and broadcasted around the world. The film was developed in several international workshops and pitching forums (IDFAcademy Summer School, Dare to Dream, TokyoDocs, AIDC etc.) and was supported by the IDFA Bertha Fund, KRO-NCRV and the Creative Europe Media Fund.

His most recent television documentary, Kelden won The Asia Pitch and was screened in NHK World TV and KBS Korea. Before becoming an independent filmmaker, he worked as a TV director at the Bhutan Broadcasting Service (BBS) for more than 5 years. He graduated from the 1stedition of DocNomads Joint Master in documentary directing for which he was awarded a full Erasmus Mundus scholarship in Lisbon, Budapest and Brussels in 2014.

He established his own production company – Sound Pictures – dedicated to creative documentaries.