Tshering Gyeltshen worked as a journalist with the national newspaper, Kuensel, before starring in several mainstream feature films, which were hugely successful. As a popular actor, he moved behind the camera, and then started making his own documentaries, with social themes around health and education. In 2005 he wrote and directed his first feature film “The Perfect Girl”- which won many prizes, and was both a commercial and critical success. Following the success of his debut feature, he wrote and directed two more feature films. He is currently developing his next feature film, as well as consulting with the National Film Commission as the key resource person to envision and develop a vibrant future for the Bhutanese film sector. 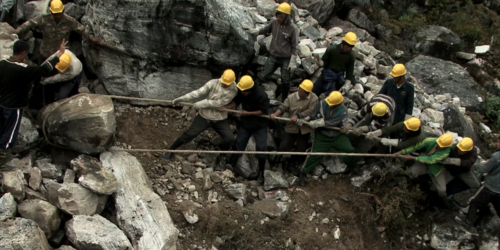